The engineer has uncovered a century-old scientific mystery. It relates to underground earthquakes

700 km is the depth corresponding to the nearly 80 heights of Mount Everest, but deep within our planet. The first central earthquakes at such depths were discovered in the 1920s and described in 1929 in the Journal of the Mechanics and Physics of Solids. 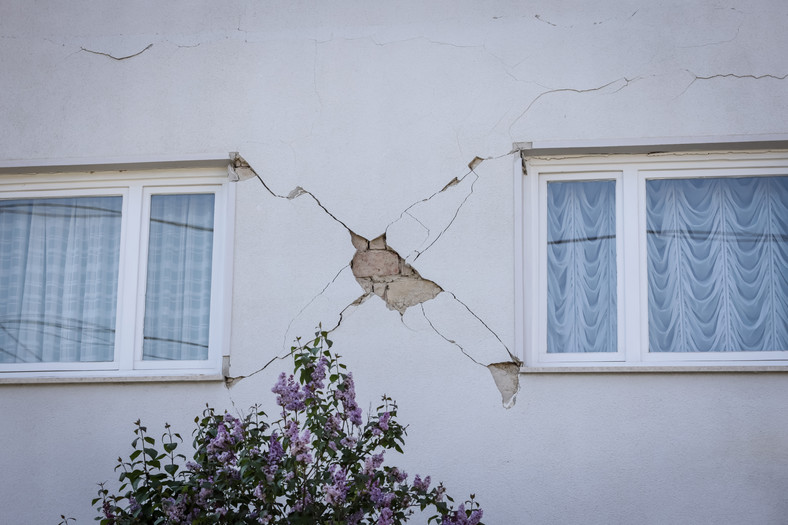 The façade was damaged by the earthquake

Since then, this topic has been embarrassing for the science world, because no one has been able to explain how earthquakes happen in such conditions. Scientists previously assumed that under conditions of high pressure deep below the surface, some materials could erupt, and thus deep earthquakes. However, they were unable to find enough evidence to support this theory.

The puzzle was solved by research conducted by a professor of engineering at the University of California, San Diego Jacobs School of Engineering, Zanthebe Markenskov. It is known that the high pressure environment extending 350-700 km below the earth’s surface causes olivine rocks to transform into a denser type of rock called spinel. It’s a process a bit like converting carbon to diamond under high pressure.

Converting the rock into spinel leads to a decrease in its size, and thus “collapse” per se, which is somehow consistent with the implosion theory. According to Markenskov, this volume reduction is directly responsible for deep earthquakes.